When it comes to selecting a portable charger, there’s typically a trade-off between capacity and portability. If it fits in your pocket, it’s probably not going to provide much charge. And if it has enough capacity to last a couple days, it’s probably going to be a little bit bulky and heavy. The only solution, it seems, is to wait until technology evolves to let us pack more energy into a smaller, lighter battery.

New power cells are hitting the market that can store 5,000mAh of charge capacity into pretty much the same form factor as the more common 3,300mAh cells. It’s only a matter of time before these new cells are in everything.

Enter SuperMini, from Silicon Valley-based Zendure. The fledgling power bank company (do we still say “fledgling” after almost six years?) seems eager to lead the soon-to-be-growing pack with SuperMini, a 10,000mAh portable charger that is smaller and lighter than any comparable charger we’ve seen so far. So, is it worth your attention? Probably.

Too many times, we hear dead-battery stories from people who already own portable chargers. How does that happen? Usually one of two things: either they didn’t bother bringing their power bank with them, or the power bank was also dead. SuperMini boasts enough charge to likely get you through a couple of nights out, or a three-day weekend, in a form factor that’s convenient enough to actually take with you–which is kind of the point of the thing. 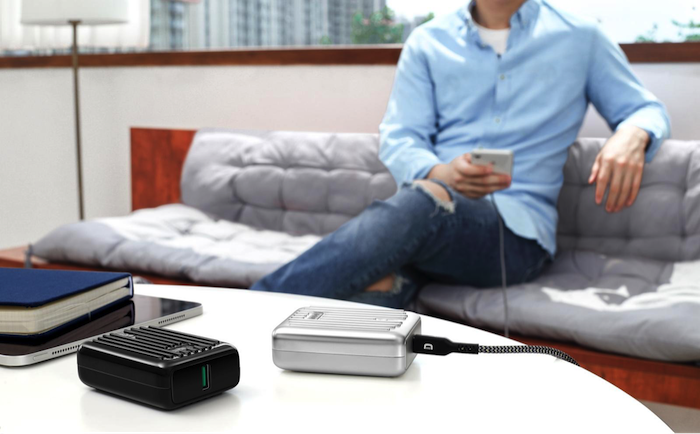 Pass-through charging is another handy feature, allowing you to charge SuperMini through the USB-C port while also using SuperMini’s USB-A port to charge something else. That means you can charge SuperMini and your phone with one power supply… and reduce some clutter on the nightstand at the end of the day.

Zendure’s portable chargers have always had a way of standing out, aesthetically speaking. Most of their offerings feature a ridged design similar to SuperMini. Some have called it “stunning”, some have called it “ugly”. We’ve even heard one person say that they like how easy it is to find in their bag just by touch. Regardless, it’s certainly different. 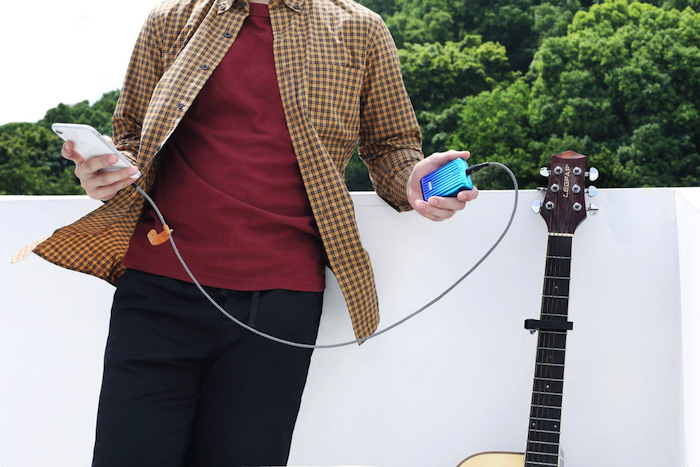 SuperMini’s shape isn’t the only design element that might be generously considered avant-garde. In addition to their usual black and silver finishes, Zendure is using SuperMini to premiere their “Horizon Blue” ombre treatment. It’s a metallic gradient of sky-toned blues. Guess just looking looking like a suitcase wasn’t “out there” enough for Zendure.

Speaking of, SuperMini is somewhat of an outlier for the company. Zendure has made several other great products before, but the pitch has always been so… cerebral. Their super-durable A-Series Portable Chargers with charge-through functionality. Their X6 Power Bank and Hub, which features local artwork and was the first to include a mode to expand compatibility with low-power devices. Their Passport collection of travel adapters that have a reusable fuse.

What these other products have in common is that the main selling point of each one requires a sort of background overview of the specific problems their products were designed to solve. Most people might not know that it’s possible to blow a fuse in a travel adapter, for example. 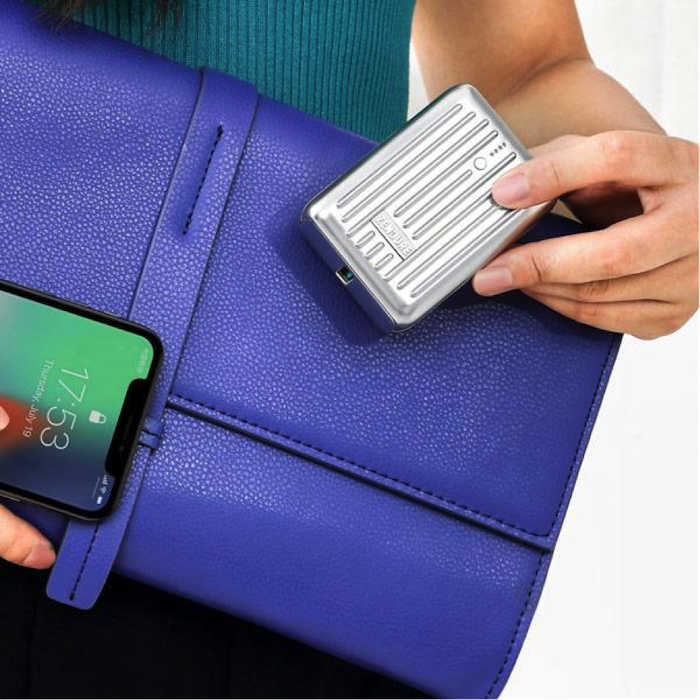 Now, compare that to the pitch for SuperMini: it’s small, it’s fast, and it has more capacity than similarly-sized portable chargers. To put it simply, it’s just better than the competitor’s products, point by point. Especially for the price. SuperMini is on Indiegogo right now, with prices heavily discounted from their expected retail asks. Each SuperMini comes with a USB-A/USB-C to USB-C combo cable and two-year warranty. The new battery is already in trial production, so you probably won’t be waiting very long to get one if you pledge during their campaign.

On top of that, they’re having a video advertisement contest, inviting backers to submit their concepts for a new SuperMini commercial. The winner’s idea will be turned into a real advertisement, and they’ll also receive a prize package for their standout pitch.

SuperMini’s crowdfunding campaign has only just started (running until September 15), but so far, the response seems pretty positive. They’re probably going to run out of “early bird” discount units soon, though, so *nudge* *nudge*.

SuperMini is a solid product at a great price, and Zendure has a number of highly successful crowdfunding campaigns under its belt. If you’re looking for a portable charger, and you can stand to wait a little while to receive it, SuperMini is probably your best bet.

Click here to see the SuperMini campaign on Indiegogo.